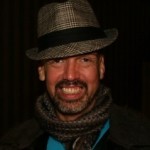 The following is the second half of my two-part interview with former Chief Marcel Balfour, who recently opted not to run for re-election in his home community of Norway House Cree Nation in northern Manitoba.

In part one of our conversation, we discussed the realities and frustrations of working with Indian and Northern Affairs Canada (INAC), the struggle to create and deepen capacity at the community level, and how the federal government’s infamous “2% cap” on annual funding increases to First Nations has thrown community programs and services into permanent deficit.

Here, we discuss some of the (mis)perceptions people have about Aboriginal politicians, advice to young people contemplating a future in reserve politics, the contention that people who work under the Indian Act system are “sell-outs,” and the most pressing issues he faced when he was in office.

What would you point to as some of your greatest challenges trying to make change for Norway House?

Some of the greatest challenges, I guess, are just getting what it is that you want to do out there, and for people to understand. It’s a lot of communication. And even though I’ve gone on the local radio, I’ve made our meetings accessible by putting them on the local television station, I’ve done monthly updates and other updates (like e-mail), getting that message out there in terms of doing things differently, has been very hard to get across.

People just automatically assume that Chief and Council are ‘Chief and Council’ — even though they were different individuals, and different approaches to leadership, people just assumed it was the same as before, when, really, that wasn’t the case. I wanted to make sure that it got through to people that “We’re not the same,” and I think there’s still some fear that exists that leadership will act the same if people speak up or speak out and criticize or say their own opinion.

Internally: dealing with our finances, housing, and changing our election law (governance).

And externally, it would be: dealing with the media, making sure they got the story right in what’s happening in Norway House; working with other chiefs in various organizations is a challenge because so much time needed to be committed to doing that, [and] I made that decision to work a lot with Manitoba Keewatinowi Okimakanak, Assembly of Manitoba Chiefs, Assembly of First Nations, [so] there’s a balancing of priorities; and, as well, from a Norway House perspective, working with our funders and our financial institutions.

What are the top three priorities for First Nations as you see them?

The legacy of residential school: you can blame substance abuse, alcohol abuse, all that type of stuff, on that legacy. And of course, up there as well, the problems that are created socially by cramped housing and just bad housing conditions that exist on reserve. I think the third thing is, though, what I found — which surprised me — is how much people expect Chief and Council to be involved in their daily lives. And not only myself, but members on my council, were saying, “Look, we didn’t get elected to be, you know, parents.” …

But that’s wrong, and trying to get people to shift the mentality is really hard. And I think that really goes directly to good governance. If you don’t have good governance, it’s going to be really hard for the community to be able to move forward. But, of course, good governance goes back to the legacy [of residential schools].

Did you find yourself ever questioning your involvement in a political system that was never set up by Aboriginal peoples?

No, not at all. Because, unfortunately, Norway House is not at the stage where we are pursuing self-government on our own yet, so this is the system that we have been following for a while, and will follow, until we replace it on our own.

Now, you’ve probably come across the critique that anyone who takes part in the Indian Act system and in band councils only serves to “legitimize” those non-Aboriginal structures of government. Did you ever feel that you were “selling out”?

But, you’ve heard that criticism, right?

If people actually could see what’s happening, at least in Norway House, but I think in a lot of other communities… To say that is fine, it sounds great, but it’s not the truth of what actually exists. If First Nations were able to do that, then I believe they would. But they’re not in a position to be able to do that.

It’s not like we’re holding on to something that is broken or that shouldn’t be addressed. We don’t have that yet, and I know from Norway House that self-government hasn’t been fully defined by us for us to be able to pursue it. So that’s the truth. And it just doesn’t happen overnight.

The imposition of the Indian Act [rules regarding Chief and Council elections] in Norway House took place at least since 1952. And it’s a dated piece of legislation, absolutely, but it’s been governing our lives for a number of generations. Even before the imposition of the Indian Act, there still was the Indian agent. So, it’s easy to be able to say that from an academic point of view, it’s harder to be able to give effect.

I find the debate interesting, about how you get from here to there: how you get from the political reality of being a minority in your own land where others’ impose their control on you, to that other place, a supposedly perfect, harmonious condition of near-autonomous control over your economy, society, lands and waters. What would you identify as the necessary steps you’d have to fulfill in order to reach true self-government?

From Norway House’s perspective, I think good governance is a first step, absolutely, within the existing regime. And we don’t have an alternative Chief and Council, we have the Chief and Council that’s selected by the community, and it just so happens to be recognized or falling under the Indian Act. And so, what I believe I’ve done as Chief and as a Councillor is hopefully cleared up and cleaned up that approach to governance a little bit more than what used to exist before. That’s a first and formal step, because without that support from Chief and Council, you’ll never get anywhere.

A lot of First Nations, if you take a look at the jurisprudence, and actually at Norway House’s history, the leadership has used the Indian Act and wrapped themselves in the Indian Act to protect themselves to be able to do certain things. Maybe the people from a traditional perspective would take a different approach.

And so to be able to bring that autonomy, nice, touchy-feely stuff together, to bring that idealized version of self-government and all this wonderful stuff that you read about, is actually to have that leadership see it from that perspective. And not use their elected office — that are really, in effect, glorified administrators from an Indian Act point of view, really — against their own people. That’s the first and foremost step, I think. You can’t talk about that without the Chief and Council sort of saying, “Yes, we want to be able to do that.” You could, having the people sort of do certain things, but from a Western/Canadian perspective, I don’t think it would necessarily work.

There are different First Nations that exist out there that have absolutely done it; they got a traditional Chief and Council and an Indian Act Chief and Council. Cross Lake [aka Pimicikamak First Nation] has approached it from that perspective as well. So there’s different ways of doing that but, first and foremost, you need the commitment from the leadership to be able to want to go down that path. And that means giving up some of the power that you have in Chief and Council, which I think a lot of these individuals don’t want to do.

So, imagine yourself sitting down and writing a letter to a younger person who wants to get involved with politics. What are the kinds of things you would say to them in terms of what they should expect or be prepared for? What pops into your head first?

Stress. How to deal with stress. I think I took my job and I think I created this to be stressful. And I think there were a lot of challenges that I faced that perhaps others won’t — hopefully won’t — in Norway House, at least.

So if I get those parts out of it, then it’s people, it’s dealing with people. You can have great ideas, you can have an understanding of the policy, of our history, all that other kind of stuff, but at the end of the day, it’s all about — politics is about personalities and people. At least, from a local perspective.

Did you underestimate that?

Absolutely. And I think I underestimated the development of relationships and the importance of those things that make that, even though I was the elected Chief of Norway House.

Do you think that there are a lot of misperceptions out there, about your role as Chief?

Would you do it all over again?

Because even though politics is a thankless job, I think being the Chief of Norway House is something not only that you’re in a position to be able to effect change, it’s consistent with why I went to law school, it’s consistent with why I went back home, it allows me to be able to spend time with my community, my family (such as it was, even though I wasn’t there very much)… but yeah, I would absolutely do it again, do it all over.

So is this the end of your political career? Or are you thinking you may pursue politics (Aboriginal or otherwise) down the road?

The reason why I got elected was to be a positive agent for social change. And one way to be able to do that is elected office, and then there’s other opportunities that may be able to do that. I wouldn’t rule it out.

3 thoughts on “De-brief with an Ex-Chief: First Nations Accountability Advocate Moves On (Pt. 2)”