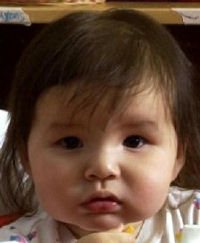 UPDATE: In my original headline for this post, I wrote “71% of all recent infant deaths in BC were Aboriginal: Report.” This was unintentionally misleading on my part.

In fact, as Neil Edmondson rightly points out via Twitter, “It wasn’t all recent infant deaths, just 71% of [the] 21 [infants] selected for study.” In my haste to get the word out on the report, I unwittingly misrepresented the data.

I sincerely regret the error and have amended the headline to accurately reflect the facts. Further notes of clarification will appear throughout the main body text with amendments enclosed in ‘[square]’ brackets.


British Columbia’s Representative for Children and Youth has just issued an “aggregated, in-depth” report into the recent deaths of 21 infants in that province.

(UPDATE: The total number of deaths in BC within the time period examined was actually 69. Moreover, that figure refers to 69 cases “reported to the Representative,” suggesting more, unreported, infant deaths may have in fact occurred in BC over that time. Under the methodology employed by the Representative, the report screened out 48 cases.

The 21 cases of infant death that remained were chosen as a subset for study because they each fulfilled at least one of the following three scenarios: a) the infant (or his/her family) “received a reviewable service” a year prior to death, and it’s thought “the policies or practices of a public body or director may have contributed,” and the death involved “an example of a recurring circumstance observed in other deaths”; b) “the death occurred in unusual or suspicious circumstances”; c) “the death was or may have been due to child maltreatment.”)

Fifteen of these fatalities [examined by the Representative] were Aboriginal — that’s 71% of all such [those] deaths, in a province where Aboriginal infants (0-4 years) make up just 8% of the overall infant population.

(UPDATE: It’s worth noting that the report does mention that “2006 data from the Ministry of Health [reveals] there is an average of 27 Status Indian infant deaths each year in British Columbia” (though no indication is given as to the time period used or the operational definition of infant, i.e., whether it’s 0-1 or 0-4 years of age). That, of course, does not include deaths of Métis, Inuit or non-Status Indian infants, so the actual figure is likely higher for the Aboriginal infant population as a whole.)

Entitled Fragile Lives, Fragmented Systems: Strengthening Supports for Vulnerable Infants (.pdf), the investigation looked into the circumstances surrounding deaths over the 23-month-period of June 1, 2007 to May 1, 2009.

In all cases, the report indicated that “the infants’ families were involved with the [B.C.] Ministry of Children and Family Development,” and “all of these infants lived in serious poverty.”

Beyond identifying these correlations, the report offered 7 main recommendations:

Most of the above recommendations come with a timetable: a “progress report should be provided to the Representative by June 30, 2011,” and standards “fully implemented by January 31, 2012.”

Here’s hoping the province and Canadian Prime Minister Stephen Harper — who apologised for the damage done to thousands of Aboriginal children forced into residential schools and has been a recent crusader on behalf of improving maternal and infant health in other parts of the world — take the report to heart.

For more on the report’s release, consult this Canadian Press story.