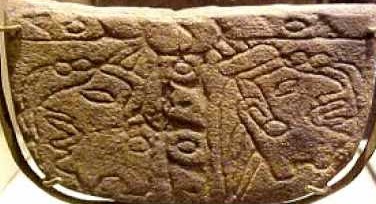 The author of 1491: New Revelations of the Americas Before Columbus, Charles C. Mann, has just responded to Frances Widdowson’s lengthy refutation of his historiography concerning the ancient Indigenous site of Cahokia, part of what’s become a larger debate over competing notions of ‘cultural evolution’ in our new AGENDA INDIGENA section:

If you are new to this debate — one that started back in May — you can also check it out from the beginning and get caught up.

[ Image of Cahokia artifact via design-tube.ru ]