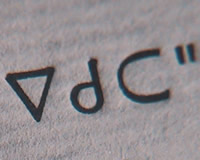 A long time ago, in a galaxy far, far away… I cobbled together a blog about learning Cree, an ancient language whose current status can only be characterized as critical. And that imperilled status is a big part of why, eight years ago, I decided to go westward to try and finally acquire a solid base in the language. In the process, I felt it might be worthwhile to occasionally record my thoughts, impressions and vexations that go with taking on a tongue so different from English. That record became known as ‘MimiCree,’ a journal I kept more/less faithfully for my near-year of schooling.


Spoiler alert: Almost a decade since that period of study, I remain unable to carry out a fluent conversation in Nehiyawewin. It is, frankly, one of my greatest personal regrets in life. That said, I learned a great deal about why second language learning is so challenging, not least because of all the cultural/political/emotional baggage that goes with trying to keep an endangered Indigenous way of being alive. (No pressure, right?)

Language is by definition a social phenomenon, which is why I wanted to revisit these ideas and emotions here on MEDIA INDIGENA, so that others working to promote their language can read and relate to what one of their peers has gone through. I guess I also hope it might reach those who’ve actually had success in reviving their talk, so that their novel and innovative methods might inspire me to try walking this path once again. In future, I also intend to share some recommendations I helped put together about how educational institutions can better encourage and support late/adult language learners.

Welcome to MimiCree, an effort to document my language learning journey over the next 10 months.

Ten days ago, I began the Cree Language Certificate Program at Blue Quills First Nations College near St. Paul, AB. Since then, I have been vowing to activate this blog. Well, it seems the best way to begin a journal like this is to locate oneself, on a variety of planes. Today will be part one of that.

My name is Rick Harp, a 37-year-old man whose mother is Cree and whose father is not. While my relationship to the Cree language (aka Nehiyawewin) has obviously spanned my entire life, I would say it’s really been the past 13 years that’ve seen me try to connect to it most seriously.

Way back in 1992, while pursuing a political science degree, I enrolled in an introductory Cree language course offered at Carleton University in Ottawa. I was 24 years old then, and was very excited that a Prairie kid like me (born and bred in Winnipeg, with a mother from Southend, SK, at the foot of Reindeer Lake) was getting the chance to learn his language.

The excitement didn’t last, and neither did I. Why not? Well, for one thing, the dialect the instructor taught was James Bay Cree, different from the Cree my mother speaks. (More on why she never taught me later.) Where theirs uses “n” and “l,” mine uses “th.” (More on that later too.) The course was taught by a linguist who actually lived and taught in JB communities; I think he found it odd to work with people in an urban, classroom environment. He assigned us way too much work, enough to fill my week all on its own. I ended up dropping out to make time for my honour’s thesis.

However, frustrating as it was, the Carleton course had one lasting effect: the friends I made — most notably, Roberta and Tamara, two Crees from Kehewin AB. Talk about your circles coming around.

But we’ll get to that another day. My main priority today was to get this bloggy ball a-rolling. Keyapic wipac (more soon)!