“I come to bury Caesar, not to praise him.” 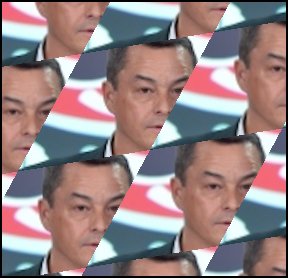 On Friday, May 2, Shawn Atleo quit the Assembly of First Nations (AFN). To his supporters, Atleo is a victim of those who fear or resist change. To his critics, Atleo got too close to Canadian Prime Minister Stephen Harper, or was a willing “mark” in the Harper government’s shell game with Indigenous rights.

Atleo says he wanted to remove himself as a lightning rod for opposition to the Federal Government’s so-called “First Nations Control of First Nations Education Act,” or Bill C-33. It’s the kids that matter, he explained. There’s no reason to question his reason for quitting his job or his commitment to children’s education.

Here’s a smidge from that goodbye speech:

“I have stated clear priority on the recognition of Treaty, of Indigenous rights and title, on the safety and security of our most vulnerable, and I have also made my priority on education for our kids plainly clear.

I have said it is OUR TIME as Indigenous peoples, that we must smash the status quo and that my job is as an advocate to open doors for First Nations to drive change.

It is on this basis that we have worked very hard to achieve a new conversation between Canada and First Nations — a conversation grounded in recognition, respect and ultimately reconciliation, and to reach a realization that stronger First Nations are vital for a stronger Canada.”

No argument here so far. But a politician’s words are empty without action. Sadly, most of the AFN’s actions under Atleo did little to advance Indigenous rights in Canada. In fact, it could be argued — and often is by detractors like Pam Palmater, Director at Ryerson University’s Centre in Indigenous Governance, and Russell Diabo, a Mohawk policy analyst— that AFN under Atleo became either an unwitting stooge or willing lapdog to the Harper Government.

One almost expected to hear about a “historic” trip to the bathroom, or a “historic” encounter in South Africa while attending Nelson Mandela’s funeral. Oh, wait… that last one actually happened. And, yes, someone (whom, I can’t recall) did call it “historic.”

For many, the apparent bromance between Atleo and Harper went too far, especially when contrasted against the widespread and hugely popular Idle No More demonstrations against the policies of the latter. Policies that, according to demo organizers, have been shoved down the throats of First Nations. Examples of these include:

And, yes, the Harper Government™ hailed most or all of these acts as “historic,” sometimes (but not always) with echoes emanating from the AFN.

In every case, however, the legislation was imposed — not co-created with AFN as a full partner in its development from the outset. In every case, there were complaints about a lack of consultation, leading to outright opposition by a majority of chiefs to the process if not the effect of the legislation. And, in every case yet again, First Nations complained that the legislation eroded Indigenous jurisdictions, putting even more power over First Nations into the hands of the Minister of Aboriginal Affairs and the Harper government.

Atleo deserves blame for some of the above. But people might want to investigate what else went wrong at the Assembly. If they did, they might learn more about the roles played by Atleo’s political staff. For a long time, AFN staffers — experts in their particular fields — complained privately that they’d spend a lot of time, effort and expense developing draft policies, reports and analyses capturing the will of First Nations only to have their work sent “upstairs,” where it would be gutted by the National Chief’s political staff.

At first, AFN workers and analysts blamed individual members of that political staff. Then they noticed that changes to their work often took place at the behest of Indian Affairs (later called Aboriginal Affairs). It didn’t take long before the National Chief’s political staff began to self-censor, editing researchers’ work to make it palatable to Aboriginal Affairs officials before they’d even read the research.

As Olesia Plokhii reported in iPolitics about what had happened in Gatinea (sic), “[AFN] chiefs cemented their opposition to Ottawa’s education bill as the government took a step back on the contentious legislation.” With near-unanimous support, chiefs… passed a resolution stating their complete rejection of the bill and a commitment to negotiating a new education plan with the government.”

Despite that “near unanimous” rejection by the AFN chiefs — one that repeated a similar rejection by chiefs the year before in Toronto — Atleo chose to ignore them. He’d done it before and the chiefs had let it slide then.

This time, Atleo and Harper decided to move quickly and short-circuit an impending judicial review. Quebec chiefs were about to ask a judge to see if the First Nations Education Act violated the Charter of Rights, the standards of Aboriginal rights established by the Supreme Court of Canada, the United Nations’ Universal Declaration on the Rights of Indigenous Peoples (UNDRIP), Treaty rights, and so on. (That review will come much too late. Harper’s Government already called closure to limit debate in order to ram Bill C-33 through the House of Commons.)

For some time, it’d been obvious that growing rift on a range of issues had emerged between the National Chief’s office and a majority of chiefs representing First Nations across Canada. That rift became a canyon after Atleo and Harper convened a last-minute, invitation-only, news conference to unveil the “First Nations Control of First Nations Education Act.” This closed-door event generated suspicion because, one, it took place at Kainai in southern Alberta, far from opponents and demonstrators, and, two, it was held on a Friday afternoon, so as to avoid nagging questions by journalists. The event also generated anger because Atleo didn’t invite dissident chiefs, including regional chiefs who are part of the AFN executive: an insult to many, it felt like a move designed to cut them out of decision-making.

Atleo’s supporters say that rebellious or short-sighted chiefs drove him out of the AFN because he supported the Education Act and they didn’t. They describe chiefs that opposed Atleo as obstructionist, preferring the status quo to fundamental changes that might improve  lives on reserves across Canada. Atleo left no doubt that he felt the same way.

But, in truth, no one wants to keep the status quo. However, there was — and is — a deep difference of opinion about how to move beyond it.

Many Canadians see big promises with impressive dollar figures slated to improve education, the imposition of provincial teaching standards to improve on-reserve schools, the setting of student learning targets that mirror those of non-Aboriginal kids. What Canadians don’t see is the lack of commitment to those dollar figures, the failure yet again to allow First Nations parents the fundamental right to control their own children’s education, and the shift of even more control — i.e., jurisdiction — over education to the Minister of Aboriginal Affairs. What Canadians don’t or refuse to recognize is that education is once more the tool and terrain of choice to undermine Indigenous rights.

To many, be it within the AFN or First Nation territories, the ends do not always justify the means. They see the Federal Government dangling their failing students and decrepit schools as justification to further chip away at their Indigenous rights. Those failing students and crumbling schools, they counter, are results of gross neglect and underfunding by Ottawa, not them. This Education Act, they say, isn’t about improving lives, but the ripping away of rights to exist as Indigenous peoples.

Even if you ignore Atleo’s support for Bill C-33, there are still a lot of folks in Indian country who think Atleo got fleeced over and over by playing Harper’s shell game with their Indigenous rights. Grumbling developed into active dissent as Atleo seemed increasingly out of touch with people from the grassroots. The AFN organization often pretends these divisions don’t exist. It likes to pretend that its internal differences, divisions, disagreements and arguments either never happened or were never all that serious. That the AFN is one big happy family.

But everyone, from the average chief right on up to the National Chief, knew something was seriously going wrong, and it is they who must share some of the blame for refusing to confront the issues that now threaten to pull the Assembly apart.

Despite evidence to the contrary, people pretended nothing was seriously wrong. The chiefs allowed the National Chief’s office to run amok, almost out of control, sheltering behind political staff that interfered with or reversed the expressed will of the AFN’s chiefs and their communities.

Instead of listening to the growing discord among AFN staff, the National Chief let senior political appointees insulate and isolate him from those who make the AFN work. The staff pretended that if they just did their work, and didn’t complain openly, things might improve. Things only got worse.

Regional chiefs heard voices of dissent within the AFN but decided it wasn’t their business to get involved. Chiefs from across the country failed, by choice or by circumstance, to find out why they no longer controlled their own organization and why it was stumbling so badly.

Meanwhile, Aboriginal political reporters failed to act as an early warning system to the impending implosion at the AFN. They preferred to regurgitate canned stories prepared by governments and the Assembly, producing lots of interesting dots but never connecting them. Aboriginal journalists, whether in editorials, long-form or current affairs programs, merely lobbed softball questions and produced extended news stories that failed to analyze or put events into an understandable context. They left it up to the Globe and Mail to provide serious thinking about the rise and fall of Shawn Atleo.

In the end, Atleo had one last “historic” moment to add to all the others, when he became the first AFN National Chief to ever quit the job. There’s that word again, this time coming from the mouth of PM Stephen Harper.

“Since 2009, when he was first elected as national chief, our government worked closely with [Atleo] to strengthen our historic relationship.”

A version of this piece will be cross-posted on the author‘s personal blog, Shmohawk.