Indigenous rights on the international stage: how far have we come?

Seventeen years have passed since the United Nations proclaimed August 9 the International Day of the World’s Indigenous Peoples.

It’s a day meant to promote and protect the rights of Indigenous peoples. To recognize the achievements and contributions they’ve made to the world around them.

They’re achievements James Anaya knows like the back of his hand. He’s the Special Rapporteur on the Rights of Indigenous Peoples. Appointed by the UN, his job is to get Indigenous issues onto the global radar.

“In 17 years, quite a bit has been accomplished,” says Anaya. “Most notably would be the adoption of the Declaration on the Rights of Indigenous Peoples.”

A document meant to protect the collective rights of the world’s Indigenous peoples — especially those rights not covered by the laws in each nation — the Declaration was adopted by the UN in 2007.

“This is the first time that the right-holders had participated in the process. It is the first real articulation of Indigenous rights globally,” says Lightfoot. “It’s also the first time collective rights have passed as a human right standard in any sort of international venue.”

“It clearly sets a standard globally on what is expected of countries and states,” she adds. “That said, the implementation part of it is problematic.”

She says that when countries like Canada, the US, New Zealand and Australia adopted the Declaration “they qualified it, and constrained it so much that what they were actually agreeing to is not the global standard.”

“They qualified it so much they watered down the whole set of rights,” says Lightfoot.

That term — ‘qualified’ — refers to how the governments accepted the Declaration, but only insofar as it applies within their constitutions and laws. For its part, Canada ‘endorsed’ UNDRIP “in a manner fully consistent with [its] Constitution and laws.”

According to Pam Palmater, a Mi’kmaq lawyer originally from Eel River Bar First Nation in northern New Brunswick, that qualified support means “the statement of support offered by Canada is really an illusion of justice. The best a state can do once they voted against it is offer a statement of support, which isn’t the same thing [as full and formal endorsement],” claims Palmater. “In my opinion, legally and politically, Canada has not ‘endorsed’ it. It has come out at with a qualified statement that says, ‘Very nice, it’s your aspiration, but it doesn’t apply here in Canada.’”

Anaya admits there is still a lot of work to do.

“Where things are still lacking is in our conditions on the ground, and ultimately that is where it matters,” notes Anaya.

Despite these challenges, Anaya says it’s important to not get stuck on the Declaration’s limitations. “Its a commitment by the governments of the world to those principles, and that needs to be taken at face value,” he says.

“While the declaration itself is not strictly speaking a legal instrument, it would be unfortunate to get hung up on technicalities about its precise character and lose sight of what it really signifies,” says Anaya. 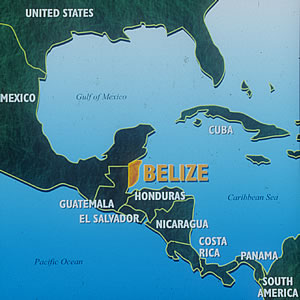 In fact, the Declaration has already been used as a legal reference.

In 2007, the Supreme Court of Belize cited the Declaration in Cal v. Attorney, a case affirming the land and resource rights of the Mayan people. (To learn more about that decision, consult this article by The Dominion‘s Kim Petersen.)

Palmater thinks the same can happen in Canada. She encourages Indigenous people to bring their claims to the international stage, as Sandra Lovelace did in 1977 and more recently, Sharon McIvor.  Both of those cases dealt with gender discrimination and so-called ‘Indian Status.’

“It could also be used to sway the public: I think the public is largely left in the dark about Indigenous issues, domestically, and internationally,” says Palmater.

“In countries where human rights norms matter, you can get some political traction off of that,” says Lightfoot. “Because you can play the guilt and shame on countries, and you may get some movement.”