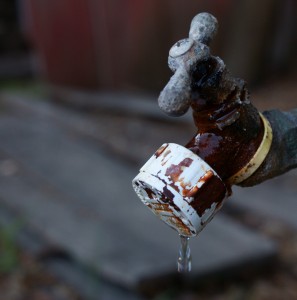 According to a report hosted on the department’s own website, this “2 per cent funding cap was imposed on INAC by the Treasury Board in 1998.” The Assembly of First Nations maintains it’s been in effect since 1996.

Now, all things being equal, this 2 per cent annual growth in funding makes sense on the face of it, as it’s more or less in line with inflation — i.e, the yearly increase in prices for goods and services in Canada. [1]

Problem is, in the case of many First Nations, not all things are equal.

You see, there’s another kind of ‘inflation’ going on within First Nations — a growth in the number of people living in their communities.

To see what this means in practice requires some number-crunching. For this exercise, we’ll rely on data available for the period of 1996 to 2006. And, for the sake of argument, we’ll make four assumptions:

Ready? Let’s do this!

So if it costs $100,000 to build a house on reserve in 1996, what would it cost to build that exact same house a decade later? Answer: about an extra 22 thousand dollars.

That’s the overall budget. Once more for argument’s sake, let’s assume that a fixed percentage — say, 20% — of overall funding was dedicated to housing, like so:

Now, let’s divide that housing budget by the cost of building a house. It works out as follows:

Twenty houses in 1996, roughly the same in 2006. Hooray! The system works: INAC funding kept pace with inflation. So as you can see, as long as your community’s population stayed the same, you’d be fine under the 2% funding cap.

But what if your community grew? Excellent question.

Recall that, under our scenario, every First Nation had exactly 1,000 residents. According to research from the Assembly of First Nations (AFN), the average First Nations population has grown at a rate of 2.5% a year since 1996. Translation: that 1996 community of 1,000 people would increase to 1,231 people by 2006.

More people having to make do with the same resources effectively equals cuts through the back door, masked by an ostensibly growing budget that never really gets bigger in terms of what it can actually buy.

Now, so far, our scenario has left to the side the much bigger question of whether the existing funding levels were adequate to begin with. Obviously, insufficient increases to what was an already insufficient budget would simply compound the problem.

And since averages mean by definition that some communities will have a higher than average population growth rate (and others a lower rate), the above-average communities are that much more at risk of running perennial deficits.

For many critics of Indian Affairs, that’s exactly what’s going on: as ever-growing communities are forced to try and work with an effectively stagnant level of resources, their only recourse is to go in debt. And that’s when INAC steps in, imposing a third-party manager to take control of a First Nation when it’s allegedly guilty of fiscal ‘mismanagement.’

Seen in this light, one wonders whether it is a system built to fail. One might even go so far as to call it an inherently ‘unviable’ system. So unviable, in fact, some of us end up believing it’s the communities themselves that are entirely to blame.

And by some of us, I might include the fine folks at the Frontier Centre for Public Policy, who seem to imply that the people who’ve had no say whatsoever in imposing the cap are now somehow responsible for the ever-growing shortfall that cap has created.

For these Frontiersmen, the solution is oh-so-simple: encourage Indians to just get rid of these so-called ‘unviable’ reserves and have them re-locate near or inside cities instead. But, as I hope this little mathematical exercise has shown, the larger dynamics of the situation make it just a tad more complicated than that.

Should we choose to look, I think we would see that, while problems can be most readily observed downstream, their true origins are very often found upstream, far and away from public view.

6 thoughts on “First Nations Funding: A System Built to Fail?”