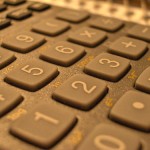 A few days ago, the federal Conservatives proposed their new budget, totaling out at roughly $280 billion in expenditures (versus apx. $231 billion in revenues). And as we saw in Tim Fontaine’s overview, the 2010 federal budget included a few multi-million dollar programs and services aimed at Aboriginal people.

Millions and billions: these are impressive, even incomprehensible sums of money. But in all the emotional commotion of debates over government spending, and how taxpayers must ultimately pick up the tab for said spending, it’s easy to forget that governments both get and give out that money in much smaller increments.

On the get side, it can be surprising to realize that if you were to receive a dollar from every man, woman and child in this country, you’d instantly have about $33,000,000. Obviously, kids (and, as of Feb. 5 at least 8% of adults) don’t work, but you could cut this in half and still make the point: pooling even tiny sums from millions of people generates massive amounts of money.

On the give side — the spending side — we always need to remember that any government program budget is ultimately divided up as follows:

i) by the number of communities receiving government monies; and

ii) by the number of years these monies will flow.

So, for example, under a one million dollar, five-year program supporting 20 communities, how much do you think each community would get every year? Answer: $10,000 a year. Can you get a lot in the way of goods and services for $10,000/year? Suddenly, $1,000,000 doesn’t seem nearly so impressive.

With that stone cold math in mind, let’s turn our attention to some bottom line equations for First Nations.

According to one section of the Assembly of First Nations (AFN) website, there are over 630 First Nations in Canada. Indian and Northern Affairs Canada (INAC), meanwhile, says there are 615.  (The reasons for the gap are for another discussion; we’ll round down to 600 for the sake of convenience and argument.)

Now, imagine with me if you will that the federal government has just announced First Nations across Canada will receive $600,000,000 for some new program over the next 5 years. Six hundred million? Whaa? That’s a lot of money! Isn’t it?

Yes and no. Armed with our new number-crunching formula, we first calculate the following:

A million dollars per community? Sweeeet!  Oh, but wait: we also need to do another calculation:

Okay, still not bad, but how does that actually break down per person in each of those communities?

And don’t forget, that $400 has to be stretched over the full year:

Thirty-three dollars a month: about a buck a day.

Furthermore, none of this factors in having to pay somebody in the community to actually deliver this program. (Never mind that each layer of INAC bureaucracy will inevitably take out their slice in administrative costs, thereby reducing the actual money available for communities.)

And so, the next time the Government of Canada announces it’s given $600,000,000 in funding over 5 years to some nation-wide Indian program and you find yourself either angry or impressed with that figure, remember to first do the math.

5 thoughts on “Calculating the Bottom Line for First Nations”