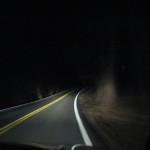 I am not going to quote anything from the CBC site on this story (becuz they charge for the pleasure), but I can sure summarize:

Somebody put an ad on an online site called USEDWinnipeg.com offering to pick up Aboriginal people and drop them off in “the hood” or a reserve or just out of town. It was taken down pretty quick but not before it made the rounds of the usual suspects out there. Now some groups want a criminal investigation calling it a hate crime.

That it may be, but I’d like you to consider whether we shouldn’t take advantage of something like this. You know, to submit a few names of some racist idiot and have that person dumped out on some rez or in the “the hood” some dark and stormy night.