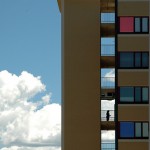 Must juries look like their communities? You be the judge

How well do you know the guy next door? Do you understand why he’s always up at night — sometimes all night — yelling and shouting? Is it a fight between brothers, or husband and wife, or father and son?  Do you know if they’re simply arguing about what music they plan to play ’til the dawn breaks? Maybe you’re […]

Cupid and the crooked flight-path of arrows in pop culture

This being exactly mid-February in our commercialized world, I’ve been spotting a lot of those fat cherubs flyin’ around with bows and arrows of late. It got me wondering about that baby/weapon combo which, you have to admit, is not exactly normal. Give that baby a few years of hanging on to that bow and arrow and what you […]

2011 is just a month old and already the world is a changed place. I refer to dramatic developments in two stories I looked at last year: the fight of Elouise Cobell, and the financial mismanagement trial of 5 men on the Grizzly Bear Head Mosquito First Nation. Cobell, you’ll recall, is the Blackfeet warrior […]

When is settling “selling out?” Addressing Cobell’s critics

The 500 or so people living on the Mosquito (Grizzly Bear’s Head) reserve in central Saskatchewan are undergoing some introspective times.  This past spring, the chief and a councillor from the band office were charged with fraud and breach of trust as part of a 5-year investigation into the (mis)management of their people’s Treaty Land Entitlement (TLE) money.  […]


Get our latest shows delivered to your phone!