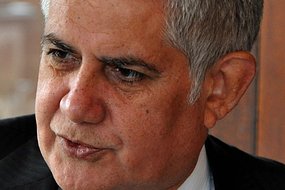 Ken Wyatt has been elected to Australia’s House of Representatives, making him the first indigenous MP in that country’s history.

But ABC Australia is reporting that  Wyatt has been receiving hate mail, something the Aboriginal politician dismissed.

“Let’s move on from that — what’s more important is the way in which we move Australia forward and the thinking that we have and the society that we build on.”

POST-SCRIPT: It may be more accurate to say that Wyatt is actually the third Aboriginal person to become a member of Australia’s Parliament. Both the late Neville Bonner and Aden Ridgeway were previously elected to Australia’s Upper House, the Senate. However, Wyatt’s election marks the first time in history any Aboriginal person has been voted in to the Lower House, aka Australia’s House of Representatives, an achievement still very much worth noting.