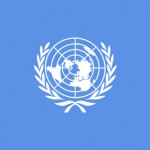 Well, that was certainly unexpected..

In her much anticipated Speech from the Throne, Canada’s Governor General Michaelle Jean stated the following:

“We are a country with an Aboriginal heritage. A growing number of states have given qualified recognition to the United Nations Declaration on the Rights of Indigenous Peoples. Our Government will take steps to endorse this aspirational document in a manner fully consistent with Canada’s Constitution and laws.”

There were also a few blurbs about Sisters in Spirit, which I can only assume means good news for the project’s creator, NWAC.  But I could be very wrong…

Read on, the full speech is available here.

UPDATE: The Assembly of First Nations (AFN) and Inuit Tapiriit Kanatami (ITK) have both responded to the Federal Government’s pledge-to-take-steps-to-think-about-maybe-if-the-timing-is-right endorsement of the UN Declaration (ok, maybe it’s not THAT vague).

Those releases here and here, respectively.