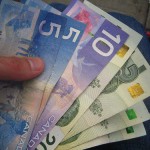 Well, it wasn’t what most people wanted to hear, but it sure was what many expected.

The 2010 Federal Budget was released to much fanfare in Ottawa today, and by the looks of things, it’s time to lace up those moccasins reeeeeal tight (or belt, it’s your fancy).

Here’s a quick breakdown of how some federal programs fared (those that directly impact Aboriginal people) in today’s budget:

Now, obviously, this did not meet the expectations of some, but it wasn’t exactly a dramatic dropping of the axe.

However, there’s still some nervousness for Sisters in Spirit, who were hoping to hear that they would be getting some $5 million for the next five years.  The budget did make mention of $10 million over two years for “action to address violence against Aboriginal women,”  but didn’t specify exactly what that means…

There was also no mention of the $500 million that National Chief Shawn Atleo wanted to flow to First Nations for post-secondary education.

A veeeeery interesting day on The Hill, but expect tons of reaction in the coming days.

UPDATE: The Native Women’s Association of Canada (NWAC) has issued a press release outlining their hopes for the $10 million on offer from the Feds.  Inuit Tapiriit Kanatami (ITK) have also responded to the Budget, or rather its lack of new money for housing.  More to follow, I’m sure…