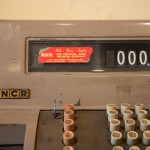 At just about every place I’ve ever been fired from (long list, too much to explain in this limited space), I’ve advocated something that seems so simple, so straightforward, so obvious that when I bring it up the reaction is almost always the same. The listener’s hand sweeps up with a loud “smack” as the palm hits the forehead.
What’s the cause of such a reaction? Read on…

Yep, it’s a simple little thing called “buy Indian.” Or Aboriginal? Or whatever.

But whenever I tried to convince the bean-counters at whatever company I happened to hang my shingle that we should put such a simple idea into action, I got nothing but excuses. Lame excuses. Here’s a very small sample of some of the comments I’ve come across:

It’s not even competition. It’s bias – bias against supporting Aboriginal-owned and -operated businesses. It doesn’t matter whether it’s coffee, office supplies, courier services, janitorial or house cleaning. We do not like to put our money where our mouth is – so why should anyone else? Including government.

Just asking those kinds of questions can get people to look at you like you’re losing it. Hmmm… Could that be why I keep getting shown the way out?