The 4 Ps of urban Aboriginal affairs 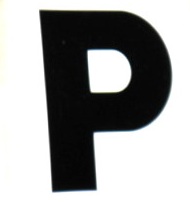 A few months back, I was invited to take part in a media panel discussion about Aboriginal issues headed into Winnipeg’s most recent civic election.

The panel came hot on the heels of a Sept. 7, 2010 piece I wrote detailing my befuddlement over the near-total absence of Aboriginal issues in any of the candidates platforms during the mayoral race (to that point, anyway). Befuddlement and surprise, as the city is home to Canada’s largest proportion of urban Aboriginal people.

Going into the discussion, I had an inkling that I would get the first question, and that it would go something like, “Well, if no-one is talking about Aboriginal issues this election, Mr. Harp, exactly what are these Aboriginal issues they should be debating?”

My answer, roughly paraphrased, was an attempt at a quasi-nuanced variation on ‘What isn’t an Aboriginal issue?’ What I believe I actually said was something closer to this: “An Aboriginal issue is any issue that affects us in a disproportionate way, such as poverty, crime or racism.”

Somewhat mealy-mouthed I admit, but my point was that every issue has an Aboriginal dimension, if you will; even when our issues are ostensibly the same as everyone else, they can affect us in different ways, sometimes uniquely so.

In some ways, it’s simple math. Take poverty: compared to the overall rate of poverty among all Winnipeggers, the Aboriginal-specific rate of poverty is much greater. So while poverty as a phenomenon is far from unique to Aboriginal people, the fact that it hits us in much greater and disproportionate numbers is. I want(ed) to know why each mayoral candidate thought that was the case and how they planned to address it.

That was then, this is now. Months after the incumbent Sam Katz’s re-election as mayor, I have had the delayed benefit of some subconscious gestation time, allowing me to better organize and express my thoughts. And, as it turns out, these insights lent themselves to a borderline cheesy mnemonic, what I call the 4 P’s of urban Aboriginal affairs.

To the extent that they work, such memory aides can be useful if they are as catchy as they are corny. Now, if you have some items to append and/or amend, I invite you to do so. I am by no means trying to be authoritative and all-encompassing here: these topics or categories just struck me as a pretty good basis for ‘scoring’ or assessing political policies/promises vis-a-vis urban-based Indigenous populations (in Western Canadian cities, anyway).

One other caveat of sorts. In their initial form here, I present these Ps today without the added support of citations or statistics. As I find such means of affirmation (possibly with your support: hint hint), I will include them later. I just feel like priming the pump of debate. Plus, I’m impatient. 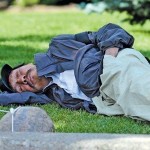 I’ve already discussed this first ‘P,’ as well as my rough rationale for including it. More of us are poor compared to non-Aboriginal people, and may even be the poorest of the poor. Obviously, this ought to change, and in a way that necessarily involves Aboriginal populations at the local/street/community level, which leads me to the second ‘P’ … 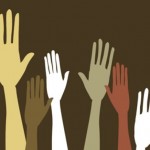 Whether it’s the economy (as private/community owners of enterprises, or as employees) or politics (as candidates and/or voters), more Aboriginal people need to be encouraged to meaningfully participate within the urban milieu, especially in matters that affect them differentially. This need will only grow as our numbers do, a nice segue to ‘P’ number three… 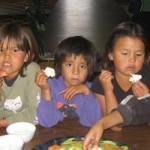 Aboriginal people in the city constitute an ever-increasing percentage of overall populations in Winnipeg, Regina, Saskatoon and Edmonton. As we grow, so does our collective impact — one way or another. Where and how well we live in the city is affected by our Aboriginality, sometimes in undesirable ways due to discrimination. To perpetuate such exclusion (the opposite of Participation) means expanding the ranks of disaffected people, some of whom may find themselves tempted to turn to crime to make the better of their bad situation, a best-of-the-worst-options decision that could see them come across the path of my fourth ‘P’… 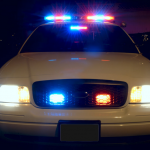 Deservedly or otherwise, the police forces of Western Canada’s cities do not always seem to enjoy stellar relations with their respective Aboriginal populations. From high profile cases of so-called ‘starlight tours’ (dropping Indians off at the edge of town in sub-zero weather) to perceived police indifference (at least until recently) to reports of missing/murdered Aboriginal women, to questionable justifications for the detainment or even shootings of Aboriginal individuals, the police have found themselves mired in controversy over their conduct.

Whatever else may be said about what needs to happen to improve this situation, it should be acknowledged that the police do occupy the unenviable position of being on the frontline of the fallout from governments’ failure to adequately address all the other Ps.

So there you have them. P’s in a pod, you might say. I’ll keep ’em handy til the next election.

One thought on “The 4 Ps of urban Aboriginal affairs”