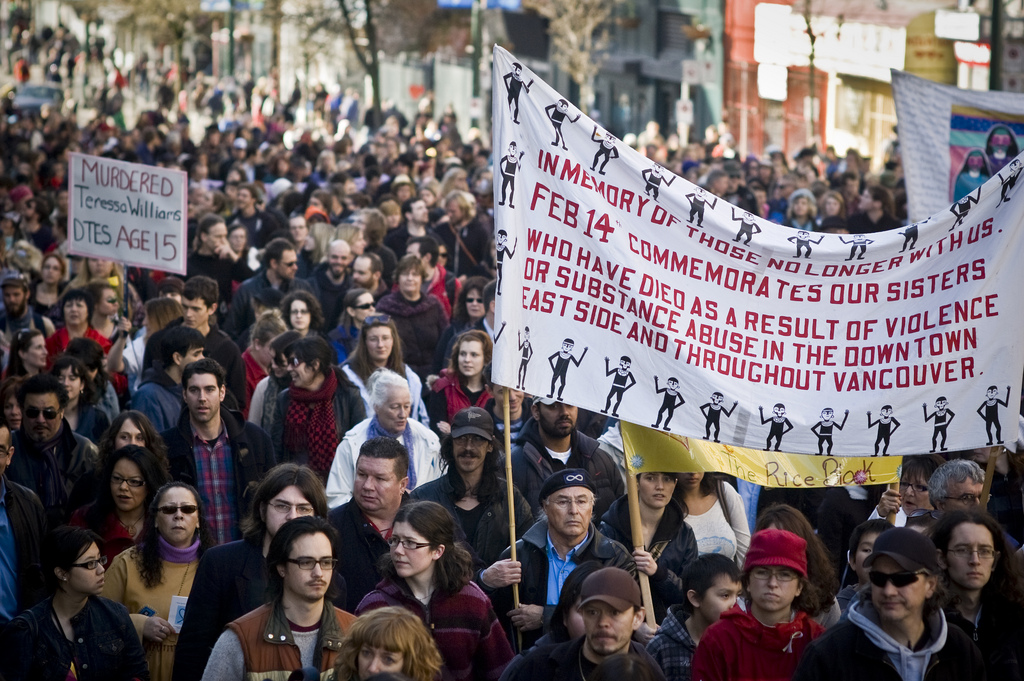 In the second of a series, we have an update for you concerning our map of missing and murdered Aboriginal women across Canada, which has now reached the 50-name mark. In our initial post, we featured a woman’s story for every province or territory. Now, with the addition of 37 more names, the map includes at least one story for every year dating back to 1980.

Roughly coincidental with this update is the release of a comprehensive new report by the Native Women’s Association of Canada (NWAC). What Their Stories Tell Us: Research findings from the Sisters In Spirit initiative synthesizes and distills the raw contents of NWAC’s database tracking the disappearance or death of over 580 Aboriginal women and girls across Canada (as of Mar. 31, 2010).

Five years in the making, the report explores “the circumstances, root causes and trends leading to violence against Aboriginal women in Canada,” and highlights some of the stories and experiences shared by the families of the missing and murdered.

Among its key findings: