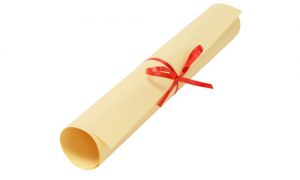 Some recent tweets by RezSuperstar and YorkAboriginalU have alerted me to a disturbing, decade-long trend in federal support for First Nations students.

According to the Chiefs of Ontario‘s Summer 2009 newsletter, an internal Indian and Northern Affairs Canada audit published last spring January reveals a less-than-rosy picture regarding the number of Status Indians attending post-secondary (i.e., university and college) institutions in Canada.

(Note: After I first published this post, it subsequently came to light that the figures presented by COO clash with those published by Indian Affairs. Both numbers are included here and slightly re-written to illustrate how they differ. While I regret the error in initially presenting one side’s statistics only, I do believe the larger points made here still stand.)

If you’re a believer in the power of education to lift people out of poverty, then you’ll agree the trend is headed in entirely the wrong direction. According to COO, “[INAC officials] admitted that there has been a decrease of First Nations post-secondary students from 30,000 down to 23,000 over the past decade.” According to the actual INAC audit posted on its website, “student enrollment [sic] in the Program has declined over the past eight years from 27,000 students (1998/99) to 22,000 students (2006-2007).”

It is unclear why COO’s quoted figures and time-frame are different from INAC’s, but, in any case, 18.5% still represents a significant decline in First Nations student enrolment.

COO says the audit was released on March 15, 2009. The Chiefs also claim the audit shows that

INAC’s management of the program has serious flaws: INAC officials are unable to report on the effectiveness of the program, have not reviewed the sufficiency and appropriateness of funding levels and have not established a performance management framework to track outcomes based on accurate data.

Now, is this the very same INAC that has just, reports the Globe and Mail, “quietly ordered a study of Canada’s most economically successful First Nations”? Given its handling of the education file, one has to ask: is the Department even qualified to mount such a study?

But here’s the truly sad part about this serious dip in First Nations student enrolment: it comes at a time of serious growth in the First Nations youth (aged 18-25) population, which means that the shortfall is that much more pronounced.

So, as the number of potential students swelled by 26%, the number of actual students plunged by (at least) 18.5%. It would obviously be better to compare the exact same time-frame, but something tells me the funding demand-supply gap might prove even worse if we did.

An ever-shrinking pot of education dollars for an ever-growing number of First Nations youth: what’s wrong with this picture? Oddly enough, as politicians speak of the need for more prisons, and pundits warn of Aboriginal gangs on the rise, none of them connects the damn dots.