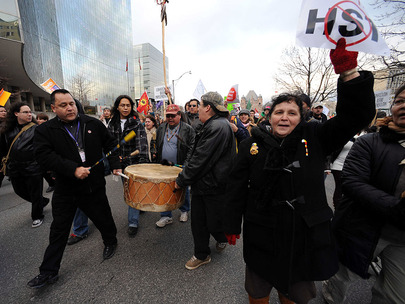 work together to realize the continuation of the First Nation point of sale tax exemption within the framework of the Harmonized Sales Tax (HST), which is set to come into effect on July 1, 2010.

One thought on “First Nations, Ontario Agree to Fight for Continued Tax Exemption from Impending HST”