Despite millions upon millions of dollars supposedly going toward clean drinking water for First Nations, monies spent by Indian and Northern Affairs Canada (INAC) seem to have largely come up dry.

Between April 2006 and March 2010, the department allocated apx. $1.25 billion to water and waste water infrastructure. But according to documents received from Health Canada – which monitors drinking water quality – the problem seems no closer to being fixed.

Obtained through an Access to Information (ATI) Request, the documents reveal that, of the 633 First Nations communities in Canada, 117 are under drinking water advisories as of Jan. 14 – i.e, 18 per cent, close to 1 in 5 communities. One advisory extends as far back as 1995, while another affects 1,041 community members.

First Nation communities are dealing with problems such as waterborne contaminants, inadequate disinfectants, unacceptable bacteriological results, and traces of E. coli in their drinking water systems.

Based on these ATI documents, the following regions had drinking water advisories (in descending order);

As one of the 117 communities dealing with unsafe, unclean and unreliable drinking water, Constance Lake First Nation in northeastern Ontario (pop’n 1,477) has been under a boil water advisory since July 2010.

But Arthur Moore, Chief of this Oji-Cree community, claims it has been much longer: “For the last ten years, it’s been a regular occurrence for the community to be under a boil water advisory.” 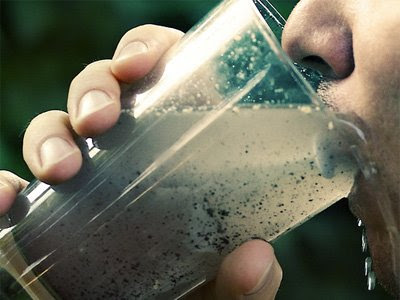 “The water is brown due to high levels of iron,” said Chief Moore. “For now, members are continuing to use bottled water for hygiene purposes until our water treatment plan meets all safety standards.”

Linda Duncan is a New Democratic Party Member of Parliament and a vocal critic of Canada’s approach to drinking water in First Nation communities.

Duncan wrote a book to help First Nation communities deal with government when it comes to water issues. She feels environmental health quality is not a priority for the rest of the country.

“There is a bigger problem,” she says. “We don’t have legally binding national drinking standards for anyone in Canada. There is no reason why First Nation communities should have different quality of water than any other community in Canada.”

There has been a push for a separate piece of legislation, Bill C-11: The Safe Drinking Water for First Nations Act. Introduced in Parliament in May 2010, it was hoped Bill C-11 would address the regulatory gaps that affect First Nation communities.

While the Bill has just been killed by the fall of the government, Senator Patrick Brazeau believed it was the answer.

“The Conservative government has been the only government to focus on providing safe and clean water in the history of Canada as it pertains to First Nations people,” claims Senator Brazeau.

Even though Neskantaga First Nation in northern Ontario has been under an advisory since 1995, Brazeau remains optimistic.

“The number is high, but at least it lets us know that water is being tested, which is a positive thing,” he says. “It is a long time (for Neskantaga First Nation), but obviously there is some on-going work that continues to be done.”

According to Senator Brazeau, First Nations are not the only communities dealing with water advisories.

“There are water boil advisories in non-native communities,” he says.“In a perfect world, we would like zero boil water advisories. But, it’s an ongoing problem all across Canada.”

A sentiment likely not shared by the many First Nations who are afraid of what comes out of their taps.

UPDATE: Here are the original documents disclosed from Health Canada through an Access to Information request. These documents show the number of First Nations Communities with water drinking advisories as of December 31, 2010, validated by regions.

[ Photo courtesy of The Legion of Decency ]