VIDEO: Alberta Tar Sands debate gets down and dirty 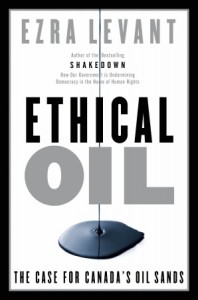 Ho-leh, did the sparks fly at this debate in Vancouver.

First, a little backstory: Ezra Levant, author of Ethical Oil: The Case for Canada’s Oil Sands, was originally scheduled to face off against Ben West of the Wilderness Committee over the premise of Levant’s book. And for most of the night, that’s just what they did. But then, at one point in that discussion, West decides to invite Gitz Crazyboy, an Indigenous youth worker and activist from Fort Chipewyan, AB, onto the stage to answer a question about the impact of Tar Sands development on First Nations people as he saw it.

As you will see, Crazyboy’s take on that question didn’t go over too well with Levant. It’s in two parts.

14 thoughts on “VIDEO: Alberta Tar Sands debate gets down and dirty”