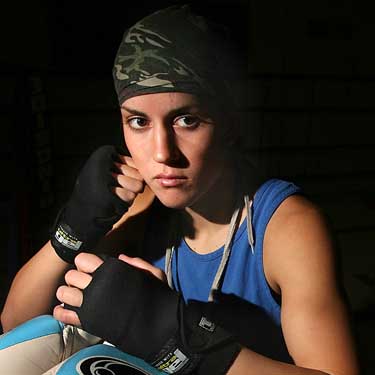 According to The Boxing Examiner, Spencer took first place in the 75 kg (165 lb.) class at the recent AIBA Women World Boxing Championships, held this year in Bridgetown, Barbados. Remarkably, Spencer’s Sept. 18 victory was her third straight world title in two different weight classes (the first two were in the 66 kg class).

It’s an important victory for the 25-year-old Spencer, as it potentially cements her bid to represent Canada at the 2012 London Olympics, where women’s boxing will make its Games debut as a medal event.

A member of the Cape Croker First Nation in Ontario, Spencer is also a GEN7 Aboriginal role model, a sport program which works with First Nation youth across the province.

[ Image of Spencer via athletescan.com ]