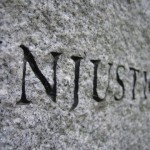 Has Ontario court ruling made life safer or riskier for Aboriginal sex workers?

A potentially divisive debate is underway among women’s advocates after a provincial court recently struck down some of the laws restricting prostitution in Canada. And as the Toronto Star‘s Antonia Zerbisias writes, “even Aboriginal women’s groups have clashed, not only with mainstream feminist activists but also with each other.” On Sept. 28, 2010, in the […]