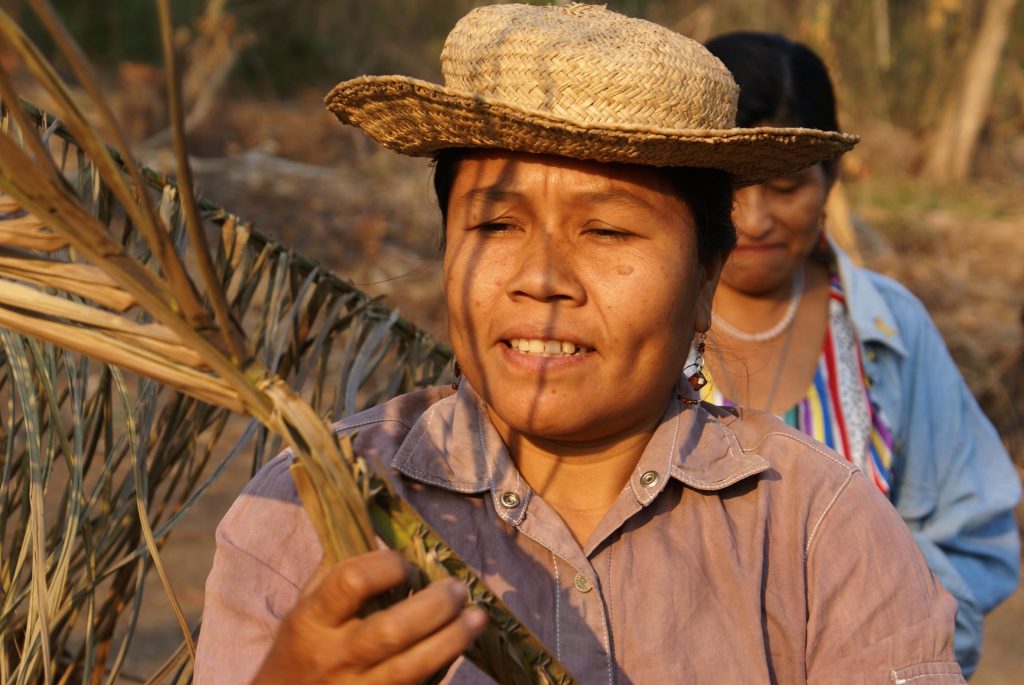 Touted as Bolivia’s first Indigenous feature film, El Grito de la Selva is very much a story told by and for the Indigenous peoples of the southern Americas. That said, there are parallels to be drawn to Aboriginal struggles in the north.

Of course, as a groundbreaking movie, El Grito is as significant for the way it was made as for its narrative style and substance. Set in a rural village in the forests of the Beni region, all of the actors are drawn from the actual areas depicted, and the plot is informed by all-too-real events.

Over roughly the first third of the movie, we learn the back-story of Mercedes, a distraught and disheveled woman whose village had been burned to the ground by logging company thugs. After days and miles of walking alone, she comes upon a new community, which welcomes her with open arms.

In time, Mercedes embraces her new home, but resists questions about her painful past. As fate would have it, though, the logging company eventually makes its way to her adopted village, selling the benefits of clearcutting the surrounding forest — an offer that proves tempting for some villagers. Unwilling to see a repeat of previous events, Mercedes finds the courage to speak out, a courage that eventually becomes contagious.

As noted earlier, none of the performers are professional actors, but the director and coalition of producers behind El Grito clearly share their passion for restoring self-determination and dignity to Indigenous peoples of the Amazon through story. I look forward to further growth in cinematic expression among such peoples in this part of the world.

One thought on “REVIEW: ‘El Grito de la Selva’ (Cry of the Forest) at imagineNATIVE 2010”