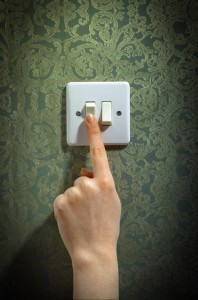 That means no-one has to bribe someone else to take in the nuclear waste generated by the plant that occasionally goes off-line and leaks radiation. It means I can visit my brothers at either end of the country in under a day. I can visit my mother three-thousand miles away at the drop of a hat. It means some of my friends and some of my extended family have jobs.

I don’t like the odour at extraction sites. I don’t like the sludge and goo that gets dredged up and left to stain the earth. I don’t like how the industry moves in and chews up the landscape and drives elk and caribou and moose and deer and bears and wolverines away.

I really don’t like seeing ducks and pelicans and cormorants struggling and failing to get the junk that ends up coating lakes and streams off their wings. I hate seeing muskrats and beavers trying to chew the stuff out of their coats.

I don’t like seeing people have to shut down water wells because the water table is contaminated. I really hate how pumping transforms landscapes into industrial moonscapes. I don’t like how when oil is burned it makes breathing a little tricky.

I don’t like the brown haze that sits over cities where a lot of oil and gas gets burned. I don’t like how it generates power that’s used to ship out tax bills so my government can put down more roads and chew up more wilderness.

BUT… while I’m pretty sure solar is a lot more DNA friendly, I’m also aware oil is a quicker path to ultimately giving me the ability to send my words out to you on the net.

So while I watch the people protest in Washington just now about pipeline development — and the bid to keep that gaping maw that is the tar sands open, its advocates spewing out swill all the while about “environmental protection” — I’m mindful that there is a bit of hypocrisy in the complaints.

The world is right to be sensitive and cautious about the mad rush for more and more oil, and more and more ways to burn it. But though some fight the good fight, for most of us the talk doesn’t resemble the walk.