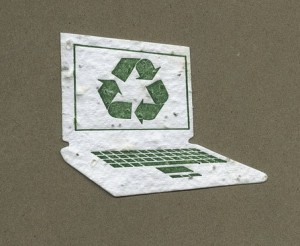 Every now and then, my digital desktop gets cluttered with junk.

Oh, sure, it’s all gold at first, oh so worthy of attention at some point… just not now. Taken from news sites, blogs or emails, I really, really intend to post something about these subjects, either to my own blogs or to this one. I almost never do. So, the clutter builds and builds until I can’t see the desktop anymore. Time to purge.

I scroll through everything before selecting out the clutter and hitting the delete button. I hardly ever change my mind. Clutter can kill, and I know it. In the past, I might have kept one or two items but not anymore.

Until recently, that is, when something changed my mind. What, I wondered, if I did a summary of some of that clutter?

Take a peek. Then take a look at your own computer clutter.

Run Away! Run Away!

First up, a trio of items about Bryan Fischer, who blogs at the anti-gay, anti-choice and now anti-Indian American Family Association (AFA). Fischer writes with some certainty that the “superstition, savagery and sexual immorality” of Native Americans “morally disqualified” them from being the original inhabitants of the Americas. According to Fischer, this justified the eradication of Indigenous peoples by settlers and soldiers.

The AFA also boasts Chuck Norris as a blogger and is currently pushing a boycott of Home Depot because it won’t take either a pro- or anti- gay marriage stand. Sheesh!

Still, even the Association had to take its meds and quickly pulled that noxious post by Fischer about Indians which, however malodorous, may still be found here at Yahoo Groups: Nat-News. Hold your nose though because Fischer’s ideas are a mite ripe:

If, however, there is a moral and ethical basis for our displacement of native American tribes, and if our westward expansion and settlement are in fact consistent with the laws of nature, nature’s God, and the law of nations, then Americans have much to be proud of.

Oy vey! Meanwhile, over at CrossWalk.com, a certain ‘Dr. Warren Throckmorton’ took issue with Fischer’s take: and yet, despite the good Doctor’s disputation of Fischer’s “bloodless” rendition of Manifest Destiny and the Pocahontas myth, he says surprisingly little about Fischer’s overtone of advocating cultural genocide. Yikes.

I was certain someone at one of the bigger news outlets would’ve picked this one up but, nope, nary a peep from any of the big boys or girls at CBC, CTV or the Globe and Mail. Zip. Bupkes. Senator Patrick Brazeau skitters off yet again — his slick, sleek coiffure barely ruffled.

But wait! Zut alors: APTN National News discovered, then covered, and uncovered the story. Angus Toulouse, Ontario representative at the Assembly of First Nations (AFN), backed up by every tribal council and chief across his province, wrote a letter of complaint about Brazeau to Parliament:

I am writing on behalf of the Political Confederacy of Chiefs in Ontario to declare our opposition to the current practice of parliamentary officials characterizing Senator Patrick Brazeau as a legitimate representative of the Indigenous Peoples in Ontario. Senator Brazeau was never elected to lead or to represent a First Nation in Canada. He has no authority to speak to our issues — such authority can only come from our people.

The letter cites three specific violations of the UN’s Declaration on the Rights of Indigenous Peoples:

Canada is in direct violation of our right to maintain and strengthen our distinct political, legal economic, social and cultural institutions (article 5), our right to self-determination (article 3), and our right to choose our own representatives (article 18).

It doesn’t have to be quite that complicated, though; it’s really just a simple case of misrepresentation.

I’ve sat in the back seat of a police car, but that doesn’t make me a police officer. And, similarly, just because Brazeau comes from the Kitigan Zibi reserve (north of Ottawa), that doesn’t give him the right to officially speak on behalf of all of its people; ditto when it comes to every reserve in Ontario. The only people Patrick Brazeau truly speaks for is… Patrick Brazeau. Period. Full stop.

But hold the phone — maybe he’s actually claiming to represent all Indigenous peoples (First Nations, Inuit and Métis) right across Canada, a little trick he may have learned while at the Congress of Aboriginal Peoples. Quel horreur!  If this guy’s head gets any more swollen, Li’l Stephie Harper should be just a widdle bit afwaid.

I’m not sure why most people in the media — not to mention Harper — don’t pluck the feathers off this guy’s made-in-Taiwan headress when the only thing he’s done is slam Indians and reserves and thus earn a cash-for-life deal on the good ship Lollypop.

What the h*ll is my socio-economic status?!

Now this one is just plain cute. Have you ever noticed just how badly people in government write? They speak terribly too, in some kind of code. There’s an actual word in the dictionary for this: ‘bureaucratese‘ (aka government-speak). It’s as though they don’t want you to understand what they mean. So the bureaucrats invent words and phrases that might imply one thing to most of us (say, ‘partnership’) but really mean the opposite (‘do what we tell you’).

I’ve also found that when the federal mandarins say “partnership,” it often translates to “The province is now your ‘partner,’ not us, so buzz off.” Words out of the mouths of federal bureaucrats are loaded and must be treated with care, else y’all gets yourselves screwed.

Anyway, one of my sisters told me to visit a web site. As it’s usually best not to cross my sisters, I do as they tell me, so here it is, TERMIUM Plus ®.

If you do go to TERMIUM Plus ®, you’ll find that the government is finally trying to get federal bureaucrats (and everyone else, since it’s open to the likes of you and me) to stop speaking and writing so badly. The site’s name therefore must be ironic. But I digress.

This bunch actually wants bureaucrats to write well in both official languages. Why? So that the rest of us can actually understand what they’re talking about. It makes perfect sense, which is probably why we never heard of it before.

Which sets up a nice segue to…

Cat on a Hot Tin Keyboard

I have no idea what my cat Houdini was trying to tell me when she typed out these characters while I was away from my desk making coffee. She also printed test patterns on both my colour inkjet and monochrome laser printers. Multitaskin’ show-off.

One of my sisters tried to print something using my computer and printers the other week. She failed. Miserably. The cat succeeded. What does that say about the state of the world today, or at least about our education system?

That’s not all. I have no idea how to type upside down question marks. They may be familiar to anyone using a Spanish or Portuguese keyboard but not one set up for U.S. English. I tried to duplicate that character but I failed… also miserably. This may be evidence of genetic damage in my family.

I especially appreciated how my cat placed a period at the end of her keyboard musings. Grammar is important, y’know. At least to her it is.

She must have used my browser to look at TERMIUM Plus ®. Now Houdini writes better than most federal civil servants.  How cool is that?

3 thoughts on “My digital de-cluttering diary”