If privatizing Indigenous lands is such a great idea, why the uproar over privatized PotashCorp? 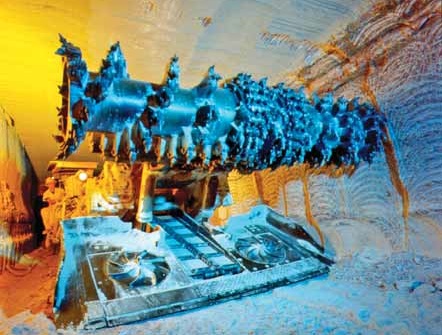 Funny how being on the receiving end of a massive land grab can alter one’s perspective on what rules should apply to outsiders scooping up your territory and/or the resources beneath it.

Recent months have seen much discussion in favour of ‘privatizing’ First Nations lands. Communal or collective ownership, we are told, has been a lazy, corrupt monkey on the back of individual residents on reserve, preventing them from the full pursuit of economic liberty and prosperity. If only individual on-reserve Indians were freer to own and control their land privately, we are told, then they’d be able to burst forth and profit both themselves and, by extension, their communities.

This is far from a new idea: the only twist lately is that it now has forceful Indigenous advocates such as Calvin Helin and Manny Jules.

Not everyone agrees with the analyses of these individuals. There is a fear in some quarters that privatizing reserve lands could ultimately see those lands lost forever to the control of non-Aboriginal people or business. Proponents of privatization seem to believe this can’t happen under their ‘new-and-improved’ version of land laws on-reserve, but we’ve all heard that line before. Government and business have earned the collective mistrust of First Nations.

But, lo, witness the reaction when the moccasin is on the other foot.

A casual glance at Canadian media these days quickly reveals a near-furor in Saskatchewan over the possible fate of PotashCorp, “the world’s largest fertilizer company.”  Today’s Globe and Mail reports that the Australian company BHP Billiton wants to buy PotashCorp for $38.6 billion. To do so, though, BHP must first “win Ottawa’s approval for its hostile takeover … despite massive political resistance to the foreign control of a strategic component of the global food chain.”

Interesting: when First Nations leaders express their “political resistance” to the potential increase in “foreign control” of lands due to privatization, their critics imply these leaders are reactionary, corrupt dinosaurs jealously guarding their turf. But when Premier Brad Wall argues “it is not to Canada’s benefit to cede control of a strategic resource to a multinational corporation whose interests may diverge from the people of Saskatchewan,” his views are allowed to pass without question by privatization’s proponents.

Given Canada’s atrocious track record in land dealings with Indigenous peoples, First Nations are utterly entitled to question what they fear is just the latest “hostile takeover” of what little territory they have left. Unable to take our lands outright, corporations and government may be taking a backdoor approach, one where some of the doormen now have brown faces.

[ Image of potash mine via womp-int.com ]

3 thoughts on “If privatizing Indigenous lands is such a great idea, why the uproar over privatized PotashCorp?”