How slow can it go? 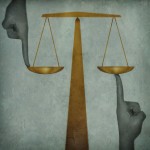 Even in victory, there is defeat.

A few months back I wrote about the imminent end of a 14-year long battle for a landlease settlement owed to about 300-thousand native people stateside.

It was about land.  How novel.

It was about other people making money from resources on indian land.  Surprise.

An agreement had been reached to finally settle the dispute by paying out three billion dollars or so, to be divided by the native stakeholders, among them the  Blackfeet Nation of Montana, and the Yakima of Washington.

Predictably,  the entire effort got snarled in the political mire of Congress.  Amend this, increase that; delay this, rethink that….

The whole thing was supposed to be settled by June 15.  Then July 9.   At this point, the deadline date’s been moved to August 6.  And, call me cynical, but I’m guessing that will end up moving to a later date again. 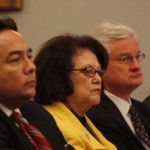 In the interests of disclosure, it’s worth noting that though the fight was led and won by Elouise Cobell of the Blackfeet Nation, there was a lot of opposition both native and non.  Some were suspicious of how much the lawyers hired by Cobell were going to make off the settlement.  Some about the final sum under discussion (being about 44 billion dollars less than the estimated worth of the arrangement).

So the victory is stalled.  I have a sinking feeling I could be writing this up with a new date scratched in where the last one was for years to come.

Sure the wheels of justice grind slow.  But when Elouise Cobell started this battle, she was 50.   This year, she’s 65.

What should it be called if it takes another 15 years for the final settlement to be awarded?   You can’t call it victory.