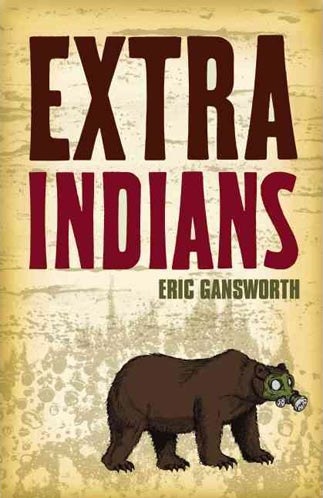 Extra Indians is a story about identity and the occasional inexplicable, maddening impossibility of being who you are. The vehicle for telling the tale is the friendship between a native man and a Texas truckdriver who soldiered together in Vietnam, then came home and tried to live with the experience with mixed results. In short: one makes it and one doesn’t.

The tale just earned Onondaga author Eric Gansworth the 2011 American Book Award from the Before Columbus Foundation. The name of the Foundation implies an emphasis on First Nations. Not so, even though Gansworth has an extensive collection of books behind him that do just that.

Extra Indians is undeniably about being native. But it’s also about non-natives living just outside that identity. The truckdriver has an affair with a native woman who has his child, though he doesn’t know it. The native man has a child but hands him over to the truckdriver to raise as his own because he doesn’t feel capable of doing it. But in the end, it’s the native man who becomes the “extra” Indian, trying to make it as a Hollywood actor, and ultimately failing for what industry insiders insist is not being Indian enough.

The book earned a curious mix of reviews.  Some read it as an archetypal tale of the “Indian” experience.  One review, from a Texas writer, actually argues the story fails to express native tradition in a way that sets it apart from anyone else’s tradition.

The contradiction between being read as “an Indian story,” versus telling a tale that isn’t “traditional enough,” is inevitable.  The “traditional” life many are looking for in books is often a stereotype. It either doesn’t allow for contemporary lives or identifies such lives as a betrayal of the way things ought to be. Or it imposes some sort of halo on top of the experience of being native.

There is, in my reading of the book, no mistaking the authenticity of the life described by the native man who turns to acting. Nor of the misfit truckdriver whose life is marred by an absence of identity. Read it, even if just to see whether the gut-wrenching events in the tale are something you can identify with.