Crunching the numbers on Aboriginal usage of Canada’s food banks 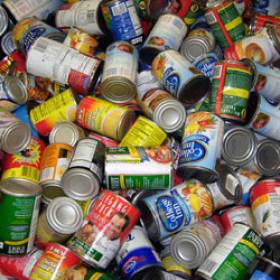 Due to possible confusion stemming from my last post about new data on Aboriginal people’s use of food banks in Canada, I thought I would try and make partial amends with some number crunching that lays the stats out a bit more helpfully.

As you can see in TABLE A, the jurisdictions with the greatest number of Aboriginal clientele for food banks are Alberta and Ontario at 30,249 and 28,948 respectively. The Atlantic provinces have the fewest.

TABLE A.
Aboriginal Visitors to Food Banks in Canada
Ranked by Number


Here in TABLE B, we see the combined northern territories shoot to the top of the list at over 94%, with the prairie provinces — Saskatchewan (52%), Alberta (51%) and Manitoba (38%) — rounding out the top four.

TABLE B.
Aboriginal Visitors to Food Banks in Canada
Ranked by Percentage


With two exceptions (Quebec, Newfoundland and Labrador), TABLE C shows how Aboriginal people’s use of food banks is, more often than not, well out of proportion to their overall population numbers (as of 2006) in each jurisdiction.