The likely consequences of ‘Truth in Sentencing Act’ for Indigenous people 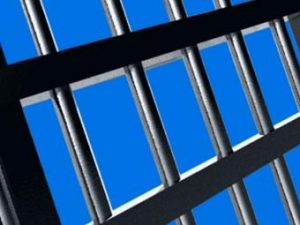 There are apx. 20,000 First Nations, Métis and Inuit inmates housed within provincial jails at any given time in this country.

And according to StatsCan, while Indigenous people represent 4% of the population, they make up 24% of the general prison population. Incredibly, Aboriginal women are 28 times more likely to go to jail than non-Indigenous women.

One of the most significant statistics amid this disastrous data revolves around remand custody. That’s where people who can’t receive or afford bail are held in jail from the time of their initial arrest right up until their trial.

Data from the Correctional Investigator of Canada Howard Sapers shows that from 2001 to 2007, the number of remanded Indigenous people increased by 23%. In fact, that research suggested that First Nations, Métis and Inuit people “in pre-sentence custody are more likely to be denied bail, more likely to be held in higher security conditions and serve longer periods of time in remand custody.”

All of this would be exacerbated by the Conservative government’s new law and order legislation, the Truth in Sentencing Act. At least, that’s the implication of an internal Justice Canada report made public by the Canadian Press and the Globe and Mail last week.

Also known as Bill C-25, the proposed Act would, if passed, restrict the ability of a sentencing judge in how they assign credit-for-time-served in remand to an offender. As a result, because Indigenous people have been shown to spend disproportionate amounts of time in pre-trial custody, they would easily be among the hardest hit by this new legislation, say critics quoted by the Globe. In effect, they’ll serve even more time in jail than they already do now.

Critics believe Bill C-25 would also rapidly increase the prison population. So in addition to longer sentences, even more First Nations, Métis and Inuit men and women would find themselves incarcerated under this law.

Considering the mountain of research dating back thirty years on the estrangement of Indigenous peoples from any semblance of justice in Canada, this legislation is all the more maddening. Between 1984 and the present, there have been dozens of reports, inquires, and studies on this over-representation: from the 1999 Supreme Court Gladue decision (which noted a “crushing failure” of the justice system) to Howard Sapers’ 2006 Report finding of “systematic discrimination.”

Not only is it impossible for the current government to be ignorant of this consensus, but, the Globe article noted, it was aware of the Justice Canada report before introducing the legislation. In fact, they kept it secret!

So considering all of this, it becomes clear that the ongoing reality for Indigenous people vis-a-vis the Canadian justice system continues to be one stubbornly characterized by injustice.

Text INDIGENA to 393939 to sign up for free text notifications when new episodes are released. (Canadian numbers only.)