It was a bit of a messy hour in Question Period this afternoon when Inuk MP and federal Health Minister Leona Aglukkaq (right) found herself in what can only be described as the contortionist position of having to express indignation about this week’s critique by a visiting UN envoy scrutinizing Canadian “food security.”

investigate the facts about the affordability and accessibility of nutritious food for all Canadians.  (Don’t be fooled: it was primarily about Inuit, First Nations and Métis people.) His conclusion? Access and affordability just aren’t there.

De Schutter says northerners can’t afford nutritious food.  The federal government’s subsidy program for exorbitantly priced staples — flour, butter or lard, sugar — is inadequate. All the more so in light of the fact that so much personal income must be spent on housing, heating and transportation (the latter for healthcare, among other things).

The UN envoy suggested Ottawa might want to consult northerners to find out what might be more appropriate as a subsidy. He noted northerners are having an increasingly hard time feeding themselves with local goods because the high price of fuel — and climate change— mean traveling farther afield to get those caribou or seals.

But Aglukkaq responded with bitterness.  She rejected him — god forbid — as an “academic.” She characterized De Schutter’s assessment as patronizing, the view of an outsider who, outrageously, hadn’t even set foot in the Arctic. She called his preliminary report “ill-informed.”

But what she did not deny was the fact that, for northerners, nutritious food is a luxury.  Hard to get access to. Out of reach for many. 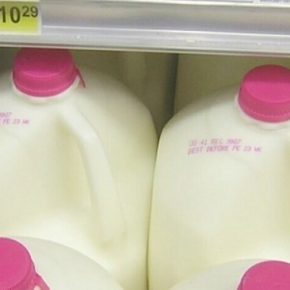 Good thing. Because, as Minister for all Canadians in the entire Canadian north, she wouldn’t be telling the truth if she flatly denied there was a problem.

For Minister Aglukkaq, the real problem is the Europeans who have trashed the seal hunt and hurt northerners’ incomes. And, to her mind, it’s not the reconfiguring of subsidies by the federal government that leaves many looking for alternatives, it’s anti-sealing.

It seems to me that Aglukkaq’s anger is political, not personal.

As Minister of Health for all Canadians, Aglukkaq surely knows that the north encompasses far more than the Arctic. And, in fact, De Schutter did visit some northern communities in Manitoba and Alberta, however technically south of the territories’ borders they may fall.

It would be disturbing to hear the Minister defend the nutritional standards available to many Métis and First Nations communities in the northernmost parts of our western provinces. I’m not saying she has to set foot in God’s River. But as Minister for all Canadians, she oughtta know all the same.