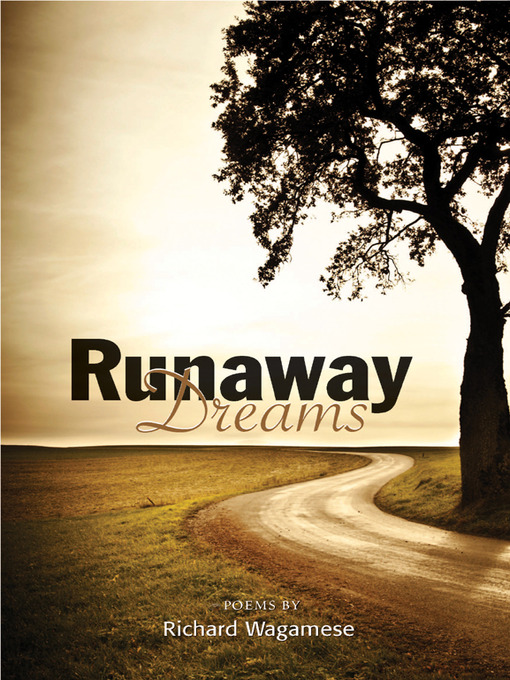 I must confess: I’ve read novels by Richard Wagamese, and I’ve liked them.

I’ve looked at his picture and I think, here’s a guy who smiles easily. And maybe it’s a romantic notion, but I have always thought poets aren’t quick to grin, so somehow he seems just that much more intriguing.

And while poetry readers may typically be the type to pack a wicker basket picnic and wander into a meadow to laze about and read poems in the waning afternoon light, I ended up reading a lot of these poems on the subway. Some others with the news blaring in the background. But always — always — the words of Wagamese, the poet, were the loudest, the most alluring distraction.

“Riding out of Elkhorn with a gang of transients in the back of a stake truck after stooking wheat for ten days in the Manitoba heat. There’s easier ways to make a buck but you take what you can get when the Rambler Typhoon breaks down in the middle of nowhere and the Mounties shake you awake by the foot sleeping behind the Esso and give you the choice of ‘jail or job.’

Still, the food was good and when the guy beside you asks for a smoke you give him one because he told a real good one about Cape Breton one night around the fire that made you laugh like hell … everyone came with stories that crackled with the light of the fire outside the bunk house … and you could look up and see the moon hung like a blind man’s eye throwing everything in the prairie night into a mazy, snowy blue…”

Poetry, by Wagamese and all poets, is a unique universe. It’s documentary rather than fiction. It’s a feature film more than a reality show. It’s the kind of writing you can’t really slide into a novel because it slows down time and makes you drift.

Children’s verse author Eleanor Farjeon says poetry “is not the sea, but the sound of the sea.” Robert Frost says “A poem is a lump in the throat, a sense of wrong, a homesickness, a lovesickness…” The poems of Richard Wagamese, in this, his first collection, are like that. All you know is beauty and hurt and a wry sense of picking up on the things you missed the first time.

If there is a theme to Runaway Dreams, it is the shared longing of all to leave a legacy when we go; the shared fear we will not. But here Wagamese states it plainly in the 29th, the 44th, and in this, the 15th of 48 poems in the book: “We are the story of our time here … and in the end it is all we carry forward and all we leave behind…”

Runaway Dreams is a magnificent story spoken in poetry.

One thought on “REVIEW: ‘Runaway Dreams: Poems by Richard Wagamese’”