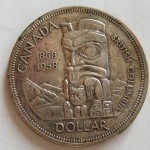 The Canadian Centre for Policy Alternatives (CCPA) just released its latest paper, The Income Gap Between Aboriginal Peoples and the Rest of Canada.

Authored by Daniel Wilson and David Macdonald, the study looks at data collected in the 1996, 2001 and 2006 Canadian Censuses, to identify trends and raise questions about the persistent income gaps between Aboriginal and non-Aboriginal people in Canada.

It is well-known that income earnings for First Nations, Métis and Inuit continue to lag behind non-Aboriginal Canadians, but this paper takes a unique approach to the data, including its look at where Aboriginal people live, educational attainment and gender.

The report is easy to read, includes excellent graphs and table, and is a great resource. Here are some of the highlights for me:

Importantly, the study looked at the income levels of Aboriginal women. While they continue to constitute the poorest population in Canada, the authors take notice of the following:

The report concludes with some solutions for closing these persistent income gaps. Among these, the authors call for erasing old assumptions, looking at policies that move from “assimilation to reconciliation” and coming to terms with Canada’s colonial history.

One thought on “Aboriginal, Non-Aboriginal Wage Parity in Canada Will Take 63 Years: Study”