A Leap of Faith: Trust and the Relationship with Government 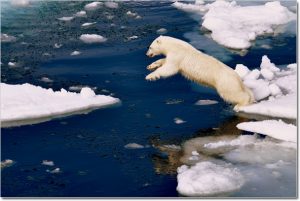 First Nations chiefs spent the day in Ottawa with the Prime Minister, the Governor General and a load of cabinet ministers talking about trusting one another.

More particularly, First Nations leaders talked about trusting Ottawa. About the obstacle to doing that, which, according to National Chief Shawn A-in-chut Atleo, is the Indian Act.

The Prime Minister seemed to agree: the Indian Act is a hurdle.  But where National Chief Atleo thinks it’s time to move on, cut down the Indian Act tree and deal with one another nation to nation, the Prime Minister feels the tree’s root have grown too deep and the stump too big to simply yank out now — even with the backhoe of combined effort.

No doubt it is complicated. The Indian Act has become our history. But it hasn’t worked out so well for its subjects, whether you’ve been trying to make Ottawa understand you can govern yourself, thanks, or even if you’re one of the non-natives who think it’s all about tax exemptions and free education.

Successive governments in Canada — federally and provincially — have used the Act to control First Nations. Generally, First Nations prefer self-control. Resistance  in 1969 when the then Liberal government in Ottawa proposed wiping out the Indian Act was a little different because that proposed extinguishment of title as well as ending the Act. But, from First Nations’ experience with how the Crown handled treaties, it’s easy to see where the distrust came from. And evidently, the bad faith spread.

For some, patronizing as it is, the Indian Act was regarded as a means of ensuring treaties were still an obligation — even though the Act did nothing to ensure the treaties would be fulfilled.   People who had already lost everything — land, resources, opportunity, equality — feared losing the one last thing they thought the Act was there to provide: the certainty that someone was looking out for their best interests.  So though there was no dignity in being treated like a ward of the state, the prospect of getting kicked to the curb by the warders was unacceptable.

But times have — and are — changing. Section 35 of the 1982 Constitution Act is the most recent legislative tool created to echo the terms outlined in treaties and alluded to in the Indian Act. It’s allowed some to argue the Constitution provides the commitment and assurances that were promised in the Royal Proclamation of 1763 which laid the foundation for native/non-native relations. All of which meant it had become acceptable to consider ditching the Indian Act.

And what was pledged anyway? That we’ll start again, with good will? That people will have control over resources on the parcels of land identified as their territory? That resource sharing will be implemented now?  That we’ll share the responsibility of developing sustainability of First Nations in “have not” locations? That quality education will be provided in the places we live? That treaties will be fulfilled? Comprehensive claims resolved?

What was pledged was a desire to renew the relationship. A promise to issue the first progress report on what’s been done since this meeting by January 2013.

It’s not terribly concrete. Not as concrete as waking up tomorrow in a community with a school full of computers.  Or a clean, potable water system.  Or recognition of the legal capacity to turn down — or accept — a pipeline project in your own frontyard.

So can you have faith in the goodwill of the players?  Trust your instincts and be of good will.

2 thoughts on “A Leap of Faith: Trust and the Relationship with Government”